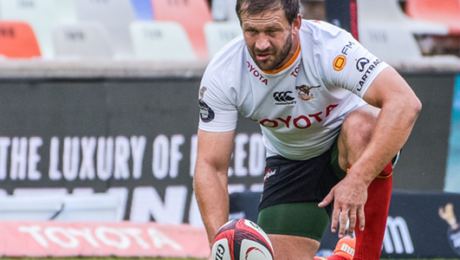 OFM, Central South Africa’s media powerhouse for more than three decades, is proud to announce that the Sound of Your Life has signed up to once again be the exclusive electronic media sponsor of the Toyota Cheetahs.

The radio station, through its on-air and online platforms, will not only keep fans updated on the blow-by-blow action throughout the Carling Currie Cup season, which has just commenced, but also check in regularly with the squad to track their progress and build ‘gees’ amongst supporters so that although they’re playing to empty stadiums, they take their home ground advantage on the road with them to the field.

According to Nick Efstathiou, CEO of Central Media Group, Cheetah rugby is the heart and soul of rugby in Central South Africa.

“Not to mention that it’s everyone’s second-favourite team, but our number one! We’re looking forward this Currie Cup season as the media sponsor, partner, supporter and sponsor of the Cheetahs. I think the team has a fantastic opportunity to reclaim the Currie Cup. They have a great squad, great backing and great leadership. We wish the team well,” concludes Efstathiou.

More exciting news is that for some of these fixtures, OFM will stream full, live match commentary online from veteran announcer Pieter Möller via its OFM Extra stream that can be accessed on ofm.co.za, our free mobile and desktop apps as well as iono.fm.