A REFRESHED SOUND AND LINE UP ON CLASSIC 1027

A REFRESHED SOUND AND LINE UP ON CLASSIC 1027 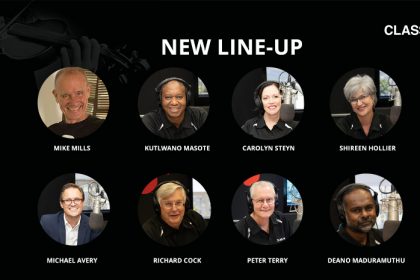 Classic 1027 has successfully emerged from a Business Rescue process at the end of 2019 and has announced a refreshed presenter line-up.

The aim is to attract a larger, more diverse audience and to maximize the station’s reach on FM and digital platforms. In order to deliver a valuable and much sought after audience to its advertisers, Classic 1027 is focusing on an easy listening approach, playing more of the World’s Most Beautiful Music.

Mike Mills makes a welcome return, to host an invigorated Breakfast show on weekday mornings. Mills is an accomplished broadcaster who previously spent several years with the station. Mills is followed by talented musician and conductor Kutlwano Masote, who hosts the Classic Brunch between 09:00 and 12:00.

At midday, Carolyn Steyn takes over with Classic Lunch. Carolyn’s evening show has been extremely popular, and she now has the opportunity to bring her style and passion to a wider audience. Much loved Shireen Hollier hosts the Classic Drive from 15:00 until 17:30 before handing the reins to Michael Avery who presents Classic Business.

Classic Business is followed by renowned conductor Richard Cock, who focuses specifically on Classical Music in his show “The Full Works”.

Weekends have also been given a shake-up. Peter Terry presents the breakfast show on both Saturdays and Sundays. On Saturdays, he is followed by Kutlwano Masote and on Sundays by Shireen Hollier. Deano Maduramuthu presents Classic Afternoons, followed by Carolyn Steyn’s Weekend Wind-Down on Saturdays and Richard Cock’s People of Note on Sunday evenings.