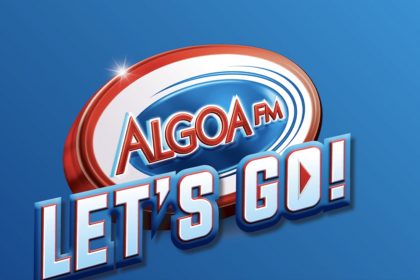 “We are capitalising on the excitement about having our own building for the first time in the 34 years since Algoa FM first started broadcasting,” says Jay, who has been in the broadcasting industry for 30 of those years.

“Our music mix has been given a tweak together with new on air imaging and some other changes to refresh the sound,” adds programme manager Baydu Adams.

On weekdays listeners wake up to Algoa Country’s favourite early morning voice, Siobhan Momberg, who is on air from 5-6am weekdays.

Multi award-winning broadcaster Wayne Hart has joined Charlton Tobias and Lee Duru “in an all-new breakfast show adventure, which promises to entertain listeners with some fresh and interactive radio.

“The team know each other well, and the energy and creativity that sparks in the room when they are together is really energising – just what is needed first thing in the morning while preparing for a day at work,” says Jay.

Mio Khondleka and KayCee Rossouw have traded morning weekday slots.
“From 9am-12pm Mio provides some mid-morning magic for listeners, with KayCee hosting us through lunch until three in the afternoon.

“We have added more vooma to the high-octane Afternoon Drive where Roland Gaspar has teamed up with Roch-Lè Bloem,” says Jay.

The two evening shows with Queenie Grootboom Khondleka and Vinny Nogemane have proven extremely popular with listeners and “if it ain’t broke… don’t fix it, so we have not made any changes there,” says Jay.

Among the new broadcasters is Linda Nzuzo, who started her broadcasting career in Port Elizabeth and was most recently on Kaya FM, after stints with Tru FM, Bay FM and Nkqubela FM.

“Algoa FM has also introduced some fresh voices to our highly-acclaimed news team.

“Two-time Vodacom Regional Journalist of the Year Award Winner, Siyabonga Sesant, who is originally from Port Elizabeth, is on duty behind the news mic from early until mid-day during the week.

“Siyabonga is a sought-after freelance radio and television news journalist who has spent many hours refining his craft on 5FM, Eye Witness News, eNCA and Newzroom Afrika.

“Popular Algoa FM presenter, Roch-Lè Bloem takes over the hot seat from Siyabonga from the one-o-clock news report and sees us through to the end of the afternoon drive with Roland Gaspar.

Popular broadcaster and sports fundi Mio Khondleka kicks off Saturday mornings from six till nine with the Saturday breakfast.
Next is the popular award-winning Top 30 with Wayne Hart from nine till noon.

He is followed by Nzuzo, who “brings an authoritative yet smooth vibe to the Saturday lunch-time show from 12-3pm.

“Then we unite the province with East London-based Brian Ndevu and Briony Sparg from Port Elizabeth, who team up in a show which crosses the divide between the eastern and western halves of the Eastern Cape and Garden Route.

Another new voice is Jean-Pierre Botha (JP), who is on air from seven till ten on Saturdays.

He is the former breakfast show presenter of community station Bay FM.

The Sunday line-up starts with Roch-Lè Bloem, who says she wants to keep listeners “calm but motivated.”

“From 3-7pm KayCee Rossouw continues with his Sunday Soul, another show that is a hit with our listeners.

“The rest of the day is unchanged, with Queenie Grootboom Khondleka on air from seven till ten, followed by Vinny Nogemane.”

In addition to a new iconic building and fresh on air sound, the station has also re-launched its new responsive and mobile friendly website: www.algoafm.co.za